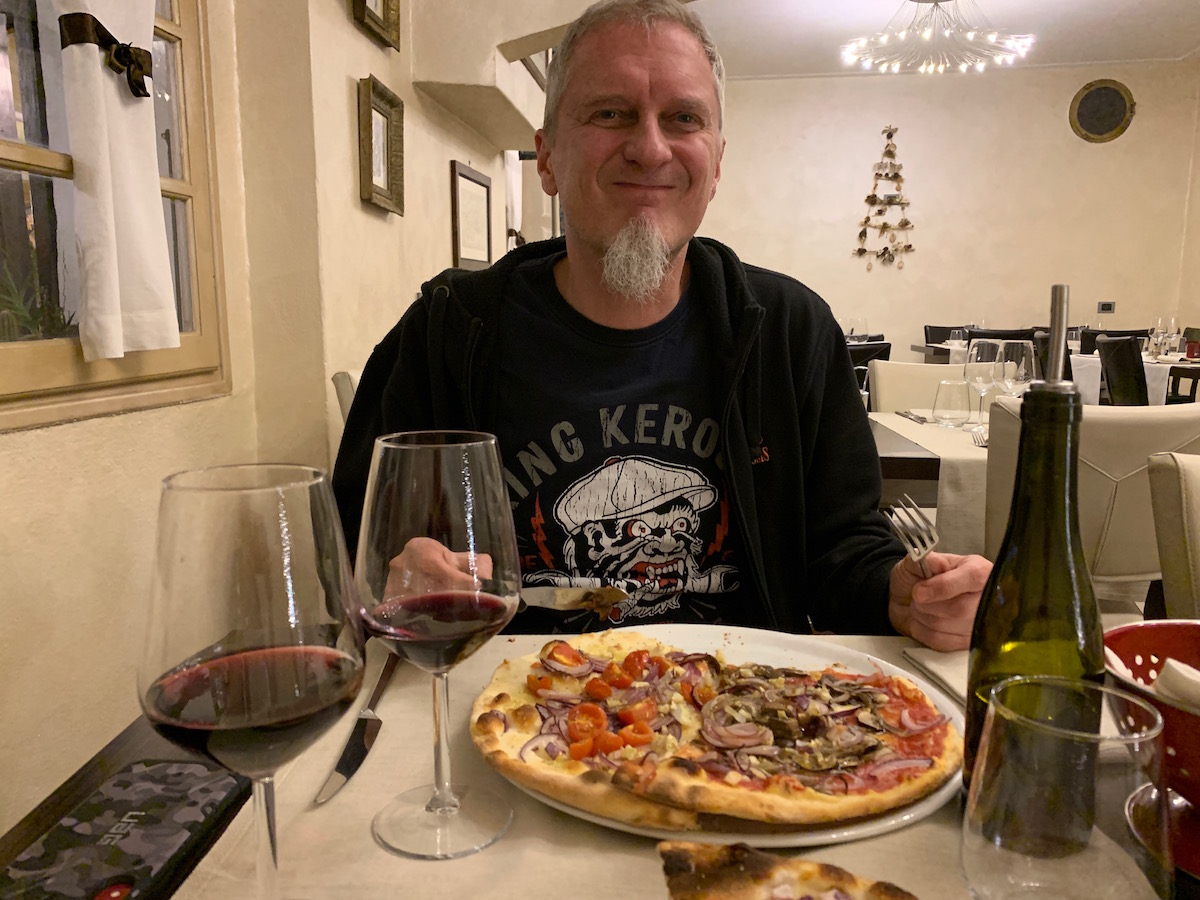 As we were on our offroad vacation in Liguria, we were wondering what it would be like as vegan tourists in Italy.

Do they make vegan pizzas? What about the bread? Are there any stores around that sell vegan food? We were asking us these questions because we didn’t really head to big cities. Our vacation home (as we don’t have a roof tent yet), was in Civezza. That is a small village right above San Lorenzo al Mare. The biggest city nearby is Imperia, where we found a store that sells organic food.

There’s actually numerous natural food stores in Italy. Not especially only vegan, but they usually have a pretty good range of vegan food. The one we liked going to was NaturaSi in Imperia. Not only because they have a parking lot right in front of the store 😉 It’s a nice little store with all the yummies, including vegan wine.

The big supermarkets mostly have seperate aisles with vegan and organic food. They have a wide choice of fresh fruits and vegetables as well. Same as in Switzerland, the organic stuff is wrapped in plastic while the non-organic is not… I’ve read the following about the reason for this. The organic fruits and veggies have to be distinguishable from the regular stuff. Either way, it’s still paradox to me that the organic food has to be wrapped in plastic. Why not just make an organic isle with those products? Wouldn’t that be distinguished enough?

There was another funny fact about the fruit section in most of the big supermarkets in Italy. Actually this was rather a “smelly” fact. The fruit and veggie sections in most big supermarkets we went to were right beside the fish section… So you stand there with your mango or whatever and have the penetrating smell of fish in the nose. Yuck! So mostly we did our grocery shopping in a natural food store, even though much more expensive. But it’s vacation, right!

On our last day in Civezza we found out that there’s a fantastic little mom-and-pop shop in our little village. Just around the corner from our vacation home. They have organic, they have vegan, they have local products, they even have car batteries! From the outside it looked almost a little messed up, but on the inside it was a very neat store. Lessons learned? Never judge something or someone by the appearance 😉 Next time we know and we’ll head there first. As I was buying bread and asking if it was vegan, the nice woman told me that all their breads are vegan. Yay!

As Alex loooooves pizza, we had to go at least once to a pizzeria. After a day offroading in the mountains, we were craving a typical italian pizza. Just without the cheese. We chose a cozy pizzeria in Santo Stefano al Mare. As the owner took our order, we asked if he could just leave out the cheese. No problem! We ordered a foccaccia (like a pizza but without tomato sauce) and a pizza. Both with mushrooms, tomatoes, onions, garlic. How romantic 🙂 But it tasted fantastic!

Liguria is a very open-minded Region in Italy when it comes to veganism. There’s a variety of vegan food in supermarkets and numerous natural food stores. The restaurants are open to special wishes. Liguria has exceeded our expectations and we will gladly visit again!